There has been much talk in the US about ‘flattening the curve’ for the COVID-19 pandemic. Today I want to talk about what the curve is.  I would best describe it as a Growth Curve, which follows the Reported Daily New Cases over time. This number is very erratic (sometimes 0 are reported), giving a rather erratic graph, and is difficult to compare across areas of contagion because of the often massive difference in scope; graphing South Korea (with a MAX new cases of 851) next to Italy (with a MAX new cases of 6,557) to scale is not easily understandable, so to help visualize the Growth Curves of different countries, in Figure 1 I have plotted 3-day moving averages that have been Normalized to help illustrate the disease progression throughout some key countries so far. 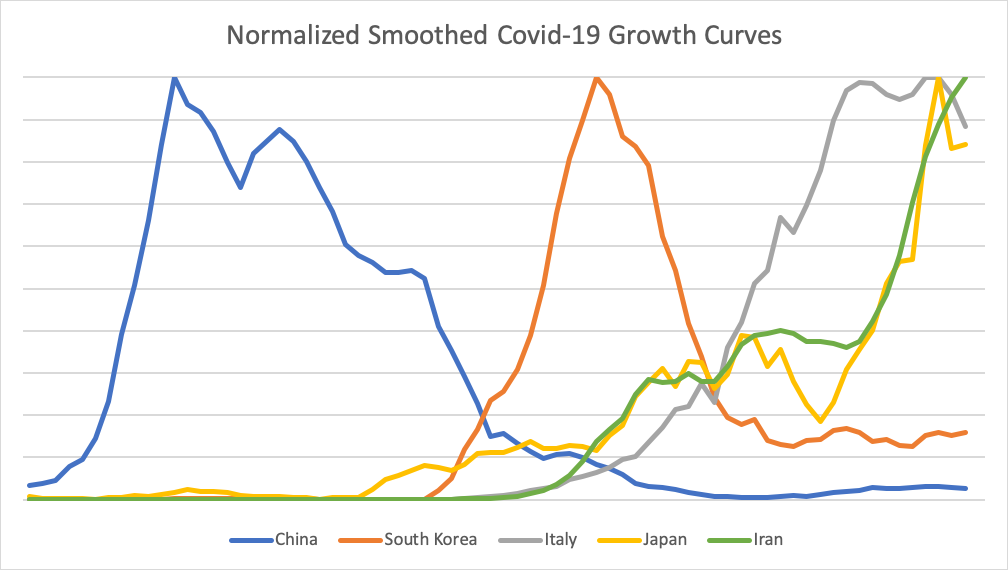 Because China was slow to recognize the issue, followed by intense testing and severe social distancing, the upside of the curve is much steeper (about 2 weeks), and it took about 5 weeks for them to gain control from their peak of 5,000 new cases on Jan 31st down to 102 on March 7th; current levels are about 100 per day. South Korea was more aggressive initially on testing and social distancing, so there it peaked quickly, also in about 2 weeks, and was controlled in about 2 weeks with current levels also about 100 new cases a day (it looks more than China because of the Normalization process).  Italy had a broader spread that has been more difficult to control. It was about 1 month from the initial outbreak on Feb 21st to the peak of 6,557 new cases on March 21st, followed by about a week of steady-state, but they do seem to have ‘turned the corner’ with a reported 4,053 new cases on March 31st.  Japan and Iran are shown here as cautionary tales: they both appeared to have it under control after 2 or 3 weeks, but then it accelerated again after a relatively steady 2 weeks.  While the US is anxious to ‘reach its peak’, remember that this is just the beginning of the decline which will take several weeks as experienced by other countries.  China has seen about 70% of their cases since their peak, and South Korea about 50%. 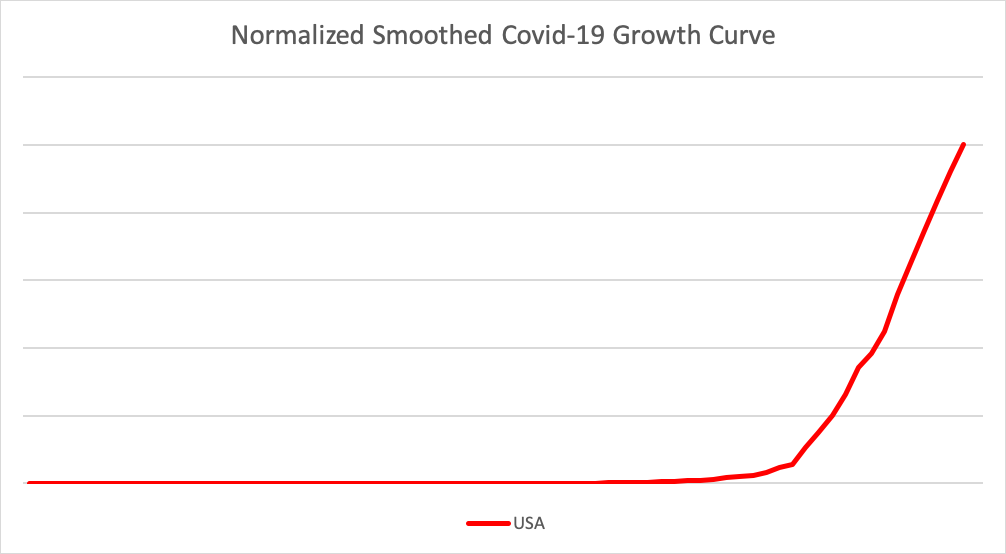 The curve for the US is shown in Figure 2.  As you can see, it is not clear when the US will ‘peak’. On March 2nd, 25 new cases were reported; on March 31st we recorded 26,335 new cases. How can we tell where the peak will be?  One way is to look at the percentage of growth each day to see how quickly we are improving: 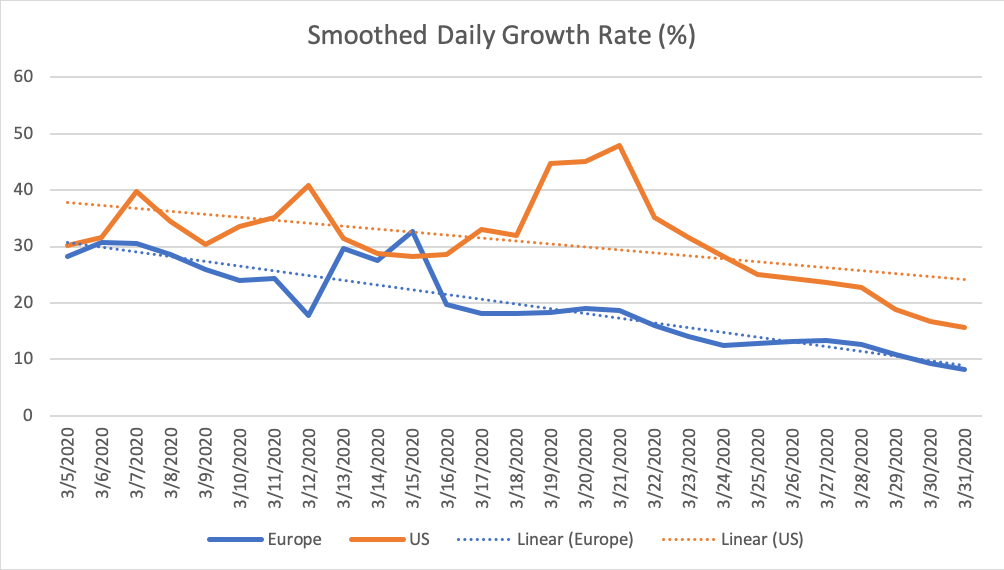 Figure 3: Smoothed Daily Growth Rate for COVID-19 in the US and Europe

As you can see in Figure 3, the US had about a 35% daily growth rate during the first 3 weeks of March but has since slowed down and is currently at a 16% daily growth rate.  Europe, which started social distancing much sooner, is down to an 8% daily growth rate.  Europe appears to have ‘peaked’ on March 28th with 36,517 new cases, which corresponds with a reduction in their daily growth rate to single digits.  Once the US reaches single digits, I expect that we also will peak; the exact threshold will depend on the Total Cases. We are currently ‘decelerating’ at a rate of about 6% a day, which suggests a peak around April 11th of about 40,000 new cases.  Now, there are many, many assumptions behind that projection, the largest of which is the assumption that the US has been homogeneous in the testing and social distancing to date; in other words, the rest of the US has treated (and will continue to treat) the outbreak just as aggressively as the New York metropolitan area, which is the majority of cases so far.  Obviously, that is not true (which means April 11th is probably optimistic), and that is the main reason you are hearing wildly different projections on when the peak will happen.  Next blog, I will look at COVID-19 progression differences within the US, and their implications.

Take the guesswork out of staffing